It is Men’s Health Month, and we would like to share a vital resource created by our Aftercare team to support male donor family members. Mental health is a crucial part of someone’s overall health. We want to share the resources we offer to our courageous donor families and the story of the father that inspired us to expand our services for men.

When Lee lost his son Alec at only 13-years-old, he shared that he felt it was difficult for males to get support for their grief. He was interested in establishing a way for boys and men to openly share their stories with others who better understood the grief journey they were on. Our Aftercare team jumped right in by hiring a local expert to facilitate the group. With the help of Emilio Parga, owner of The Solace Tree the first Nevada Donor Network men’s support group was started! Every two weeks, a core group of four to 12 participants meet virtually to openly discuss their challenges and emotions in support of one another.

Lee shared, “When my son Alec took his life, the Nevada Donor Network (NDN) handled his donation. As expected, the details surrounding this event were emotional and raw. A few months afterward, I had the opportunity to speak with representatives from NDN about the process. Their Aftercare team does an amazing job of looking out for the families of donor heroes. The families are just as heroic, as they sometimes must make a difficult decision at a very emotional time. Unfortunately, organ and tissue donations are time sensitive. The NDN team is aware of the surviving family's position and makes every effort to see donor families’ emotional needs are met. Through my conversations with the NDN team, we discussed how grieving for men is different from women. Our culture doesn’t allow us to grieve openly, and men are uncomfortable talking about these topics, even amongst themselves. Anything that has to do with feelings is almost a taboo. No guy wants to open up to that level, and most of us are very uncomfortable even listening to it. The NDN team and I came up with the idea of starting a men’s support group for survivors of donor heroes. We started with a small group of three to four men and met every other week on Zoom. The group has grown, and we have six to seven men who regularly participate, with another four or so dropping in occasionally. For some, it’s the only place they have to express their feelings with others that understand what they are going through. Some have lost children, girlfriends and wives. For some, the loss is very recent. For others, we measure our loss in years. It doesn’t matter. Some guys talk about needing to be the strong face for their family. That’s hard to do, and sometimes we just need to vent and cry with a group of men who understand. Sometimes we joke and laugh, but most importantly, everyone feels safe and supported to talk about what’s going on. My son took his life over a breakup with his first girlfriend. We’ve all been there. It sucked then, and sometimes it still sucks. He chose to solve the problem the way a hormonal 13-year-old might think is a viable solution. Even at that age, men – even young men – need support. It’s great to have a group of guys I know I can call anytime if I need to. We all have friends, but not at this level. This kind of support is indeed different. For any guy out there, who is struggling with grief, know you aren’t alone. If you can, find a similar group, or start your own. We all need support. Just remember, often if you ask a man how he’s doing and he says, “I’m alright,” know that he may not really be alright. He’s dealing with something. He needs your help.” 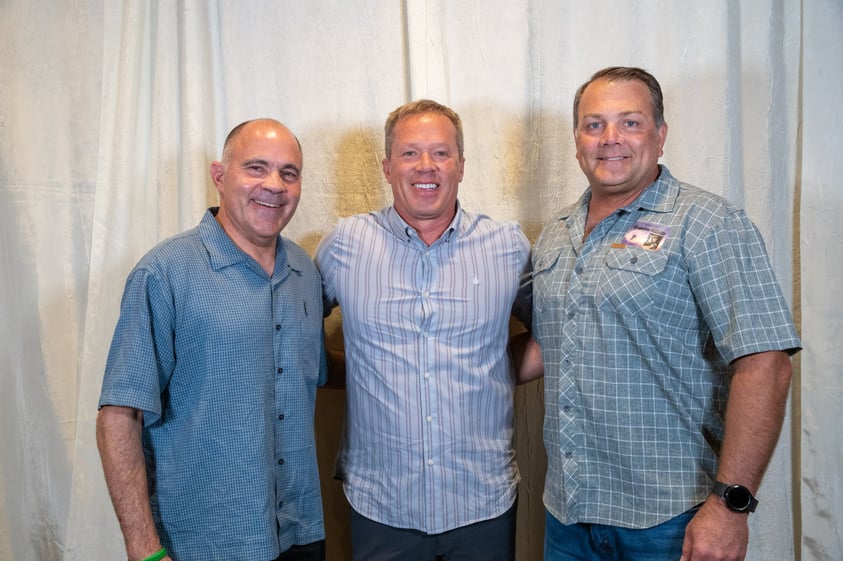 We truly appreciate Lee’s vulnerability in sharing Alec’s story and his grief journey. Are you looking for resources after losing your loved one? Visit our Aftercare page at www.nvdonor.org/aftercare