It’s that time of the year! We are thrilled to travel to ‘Sunny San Diego’ to cheer on our six competitors of Team Nevada. Nevada Donor Network is proud to lead inspiring Nevadans every two years to compete in the Donate Life Transplant Games of America (TGA). The last in-person event was held in 2018. This has been a long time coming! TGA is like the Olympics, but for individuals who are impacted and inspired by transplantation. 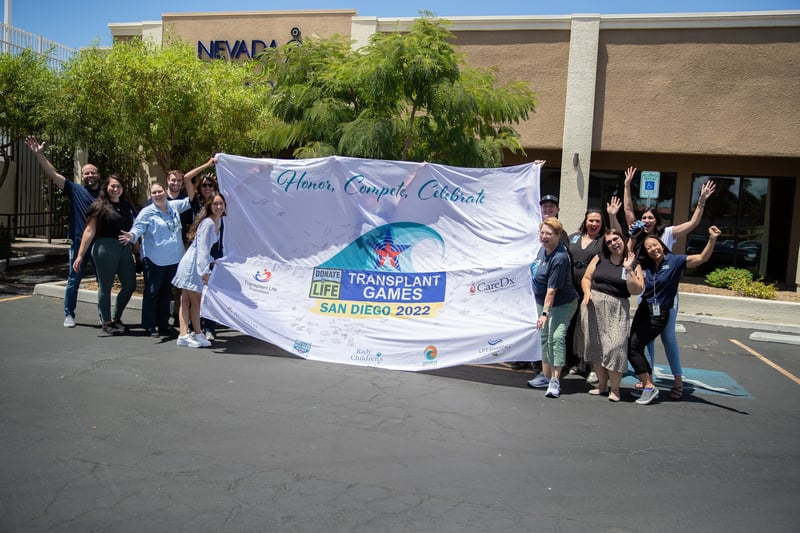 TGA is a biennial (every two years) event held in the United States to recognize the tremendous accomplishments of individuals whose lives have been affected by donation. They also welcome members of our front-line community involved in transplantation to promote the life-changing impact that donation represents today. Participants from virtually every state (and even countries outside of the United States) compete in a variety of competitive events to demonstrate how their lives have been changed through the gift of organ, eye and tissue donation. Competitors are grouped by age into three categories, organ transplant recipients, tissue transplant recipients and living donors. They can compete in everything from darts to swimming to ballroom dancing and so much more!

This year we are honored to cheer on six competitors from Nevada. We would like to introduce you to each one of them: